Exploring for Base Metals in Southeastern British Columbia.

who we are
how to reach us
company presentation

DLP Resources Inc. is a mineral exploration company operating in Southeastern British Columbia, Canada and Peru, exploring for Base Metals and Cobalt and is listed on the TSX-V, trading symbol DLP and on the OTCQB, trading symbol DLPRF.

The Company’s geological strategy is a culmination of David Leo Pighin’s lifetime work with Cominco and other exploration companies primarily in southeastern B.C. Because of David Pighin’s intellectual contribution and his desire to make an economic discovery in this region, the founders and partners agreed to name this company in David Leo Pighin’s recognition

To design, implement and manage cost effective and successful exploration programs with the objective of building shareholder value through mineral discoveries in the prolific Purcell Basin Belt, one of the world’s foremost geological and mining jurisdictions.

· Completed additional listing on the OTCQB in the USA with ticker symbol DLPRF.

· Closed a $300,000 private placement of flow-through shares for the DD project.

· Drilled two holes for a total of 3629.6 metres on the Sullivan-type Zn-Pb-Ag target on the DD project under option from PJX Resources Inc.

· Strong hydrothermally altered rock, including 168m of Sullivan horizon fragmental rock, were reported from DD21-02 drilled on the DD project within the SE end of the 5000m x 500m MT geophysical anomaly identified in 2020.

· Closed a non-brokered $300,000 private placement of flow-through shares for the Hungry Creek project.

· Drilled two holes on the Hungry Creek copper-cobalt project for a total of 826.58 metres.

· Follow-up prospecting from the Hungry Creek drilling encountered copper in quartzites of the middle Creston Formation approximately 4.5km west of the drill sites and extending for greater than 11km south.

· Closed a non-brokered $51,000 private placement of flow-through shares for continued prospecting and mapping at Hungry Creek.

· Staking of an additional 34,361 Ha was completed on the southern extension of the Hungry Creek project.

· Initial grab samples taken from follow-up of copper in sediments at Hungry Creek returned copper and cobalt of up to 1.1% Cu and 117.6 ppm cobalt. Barium was highly anomalous up to 0.4% Ba.

· Staking of ~ 11,000 Ha of copper in sediments at the Copper Creek project was completed.

· Signed a Letter of Intent for an option to earn 100% on the Aurora porphyry copper-molybdenum project in Peru.

· Closed a non-brokered private placement of $1.3 million for the Aurora project.

· The definitive agreement on the Aurora project was signed in November/21.

· Closed a non-brokered $780,000 private placement of flow-through shares for the drilling of the Sullivan-type Zn-Pb-Ag targets on the Moby Dick and NZOU projects.

Cranbrook, British Columbia, (Newsfile Corp. – October 4, 2022) – DLP Resources Inc. (“DLP” or the “Company”) (TSXV:DLP) (OTCQB:DLPRF) is pleased to report that all matters were approved at the Company’s annual general shareholders meeting (the “Meeting”) held on October 3, 2022.  At the Meeting, the […]
on Oct 4
Read more

Cranbrook, British Columbia, (Newsfile Corp. – September 19, 2022) DLP Resources Inc. (“DLP” or the “Company”) (TSXV:DLP) (OTCQB:DLPRF) is pleased to announce that drilling of the first hole, A22-001, at the Aurora copper-molybdenum project in Peru is at a depth of 188m with good visual copper […]
on Sep 19
Read more
more

The wholly owned Hungry Creek property is comprised of 11 mineral claims totalling 42.62 km². The property is located 35 km west of Kimberley, BC. 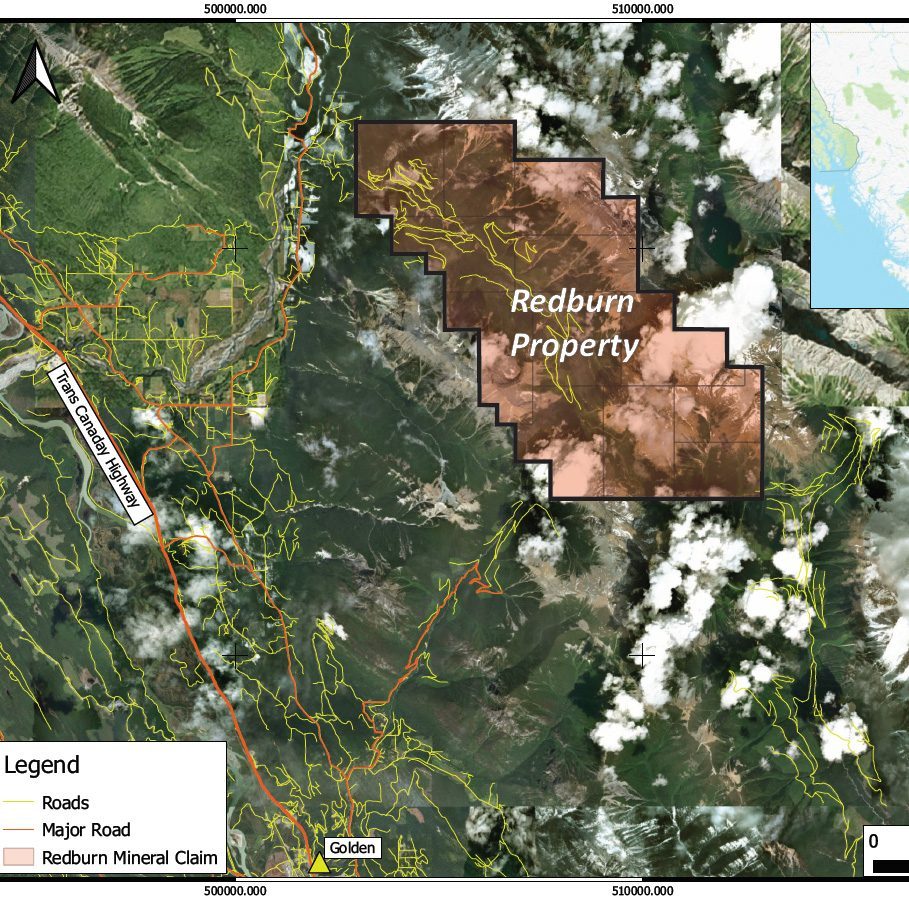 The wholly owned Redburn project is comprised of 12 mineral claims totalling 53.6 km². The property is situated 12 km northeast of Golden, BC. 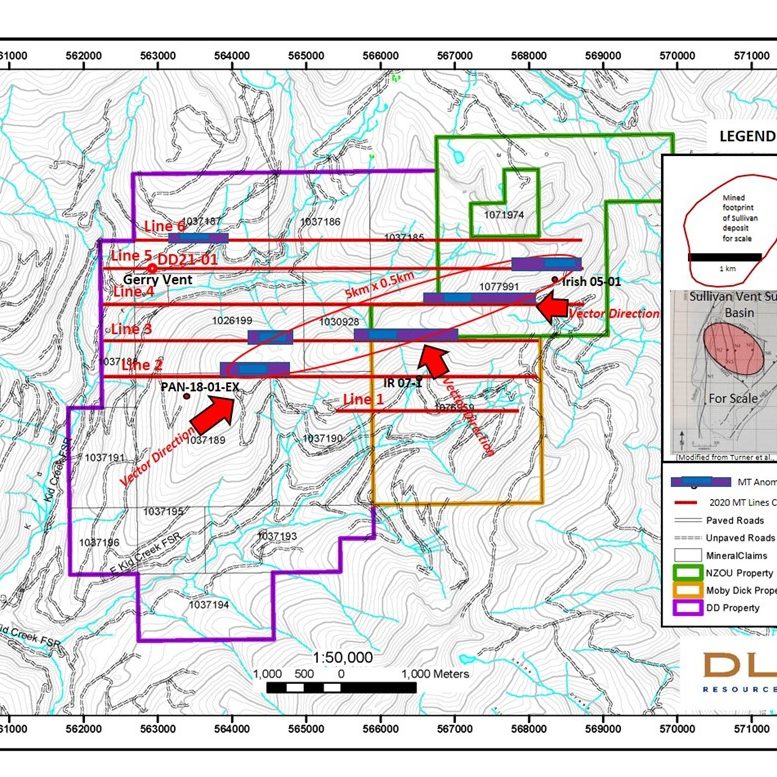 The DD-Panda-Moby Dick and NZOU mineral tenures are located in the Purcell range of the Columbia Mountains in the Fort Steele Mining Division. 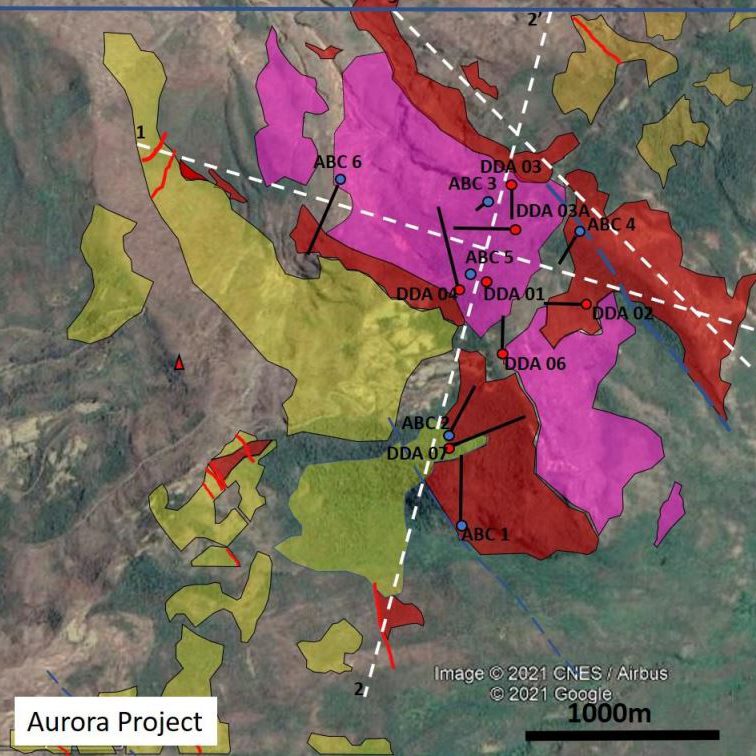 Aurora is a porphyry copper-molybdenum project totaling 400 Ha located 65km North of Cusco near the town of Parabamba in Southern Peru.